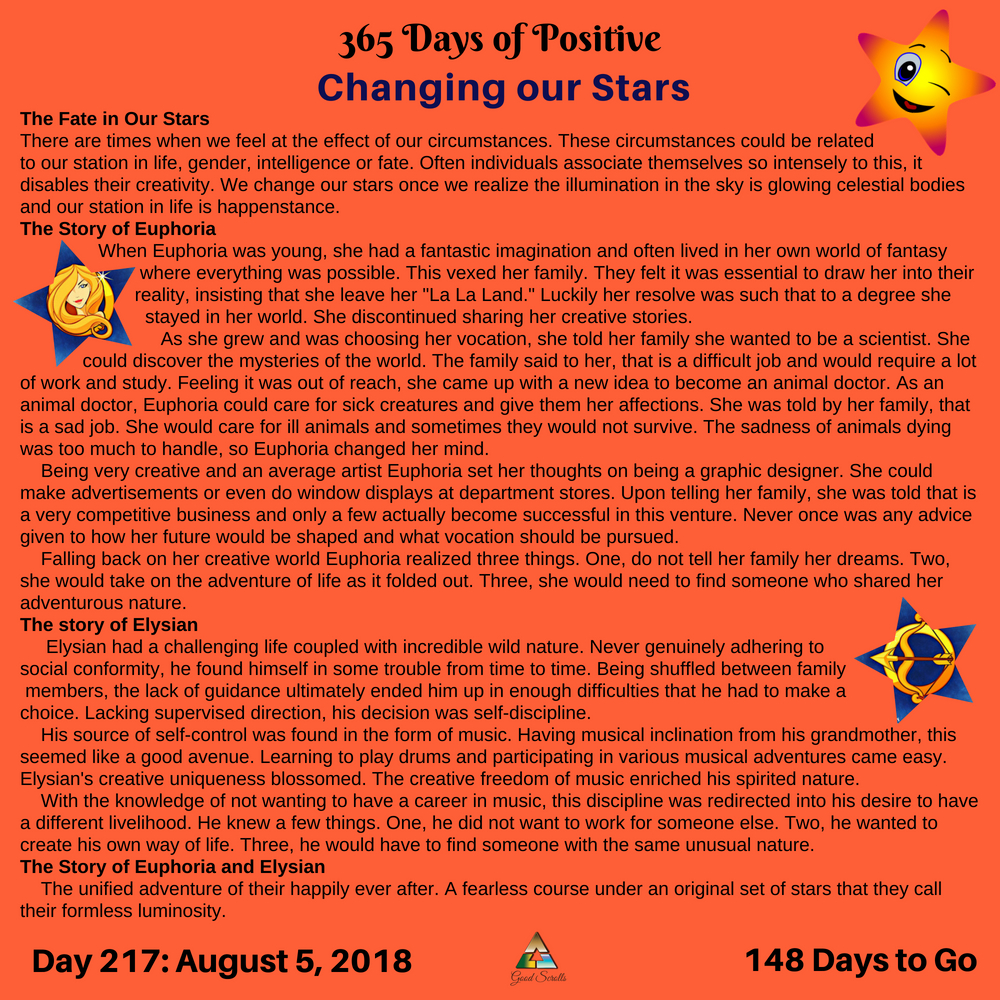 The Fate in Our Stars

There are times when we feel at the effect of our circumstances. These circumstances could be related to our station in life, gender, intelligence or fate. Often individuals associate themselves so intensely to this, it disables their creativity. We change our stars once we realize the illumination in the sky is glowing celestial bodies and our station in life is happenstance.

The Story of Euphoria 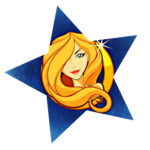 When Euphoria was young, she had a fantastic imagination and often lived in her own world of fantasy where everything was possible. This vexed her family. They felt it was essential to draw her into their reality, insisting that she leave her “La La Land.” Luckily her resolve was such that to a degree she stayed in her world. She discontinued sharing her creative stories.

As she grew and was choosing her vocation, she told her family she wanted to be a scientist. She could discover the mysteries of the world. The family said to her, that is a difficult job and would require a lot of work and study. Feeling it was out of reach, she came up with a new idea to become an animal doctor. As an animal doctor, Euphoria could care for sick creatures and give them her affections. She was told by her family, that is a sad job. She would care for ill animals and sometimes they would not survive. The sadness of animals dying was too much to handle, so Euphoria changed her mind.

Being very creative and an average artist Euphoria set her thoughts on being a graphic designer. She could make advertisements or even do window displays at department stores. Upon telling her family, she was told that is a very competitive business and only a few actually become successful in this venture. Never once was any advice given to how her future would be shaped and what vocation should be pursued.

Falling back on her creative world Euphoria realized three things. One, do not tell her family her dreams. Two, she would take on the adventure of life as it folded out. Three, she would need to find someone who shared her adventurous nature.

The story of Elysian 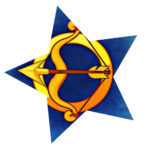 Elysian had a challenging life coupled with incredible wild nature. Never genuinely adhering to social conformity, he found himself in some trouble from time to time. Being shuffled between family members, the lack of guidance ultimately ended him up in enough difficulties that he had to make a choice. Lacking supervised direction, his decision was self-discipline.

His source of self-control was found in the form of music. Having musical inclination from his grandmother, this seemed like a good avenue. Learning to play drums and participating in various musical adventures came easy. Elysian’s creative uniqueness blossomed. The creative freedom of music enriched his spirited nature.

With the knowledge of not wanting to have a career in music, this discipline was redirected into his desire to have a different livelihood. He knew a few things. One, he did not want to work for someone else. Two, he wanted to create his own way of life. Three, he would have to find someone with the same unusual nature.

The Story of Euphoria and Elysian

The unified adventure of their happily ever after. A fearless course under an original set of stars that they call their Formless Luminosity.

Life is an adventure.  If we don’t live our adventure, someone else will live it for us.