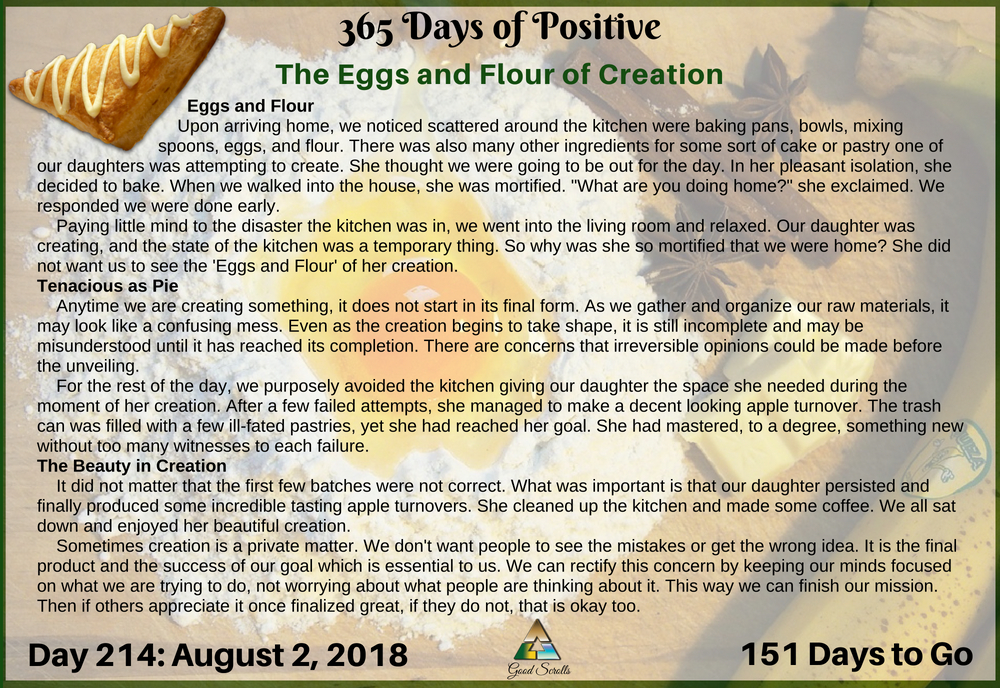 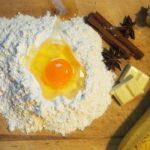 Upon arriving home, we noticed scattered around the kitchen were baking pans, bowls, mixing spoons, eggs, and flour. There was also many other ingredients for some sort of cake or pastry one of our daughters was attempting to create. She thought we were going to be out for the day. In her pleasant isolation, she decided to bake. When we walked into the house, she was mortified. “What are you doing home?” she exclaimed. We responded we were done early.

Paying little mind to the disaster the kitchen was in, we went into the living room and relaxed. Our daughter was creating, and the state of the kitchen was a temporary thing. So why was she so mortified that we were home? She did not want us to see the ‘Eggs and Flour’ of her creation. 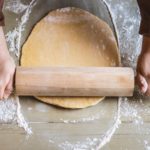 Anytime we are creating something, it does not start in its final form. As we gather and organize our raw materials, it may look like a confusing mess. Even as the creation begins to take shape, it is still incomplete and may be misunderstood until it has reached its completion. There are concerns that irreversible opinions could be made before the unveiling.

For the rest of the day, we purposely avoided the kitchen giving our daughter the space she needed during the moment of her creation. After a few failed attempts, she managed to make a decent looking apple turnover. The trash can was filled with a few ill-fated pastries, yet she had reached her goal. She had mastered, to a degree, something new without too many witnesses to each failure.

The Beauty in Creation

It did not matter that the first few batches were not correct. What was important is that our daughter persisted and finally produced some incredible tasting apple turnovers. She cleaned up the kitchen and made some coffee. We all sat down and enjoyed her beautiful creation.

Sometimes creation is a private matter. We don’t want people to see the mistakes or get the wrong idea. It is the final product and the success of our goal which is essential to us. We can rectify this concern by keeping our minds focused on what we are trying to do, not worrying about what people are thinking about it. This way we can finish our mission. Then if others appreciate it once finalized great, if they do not, that is okay too.

If at first, we don’t succeed, we try, try, again