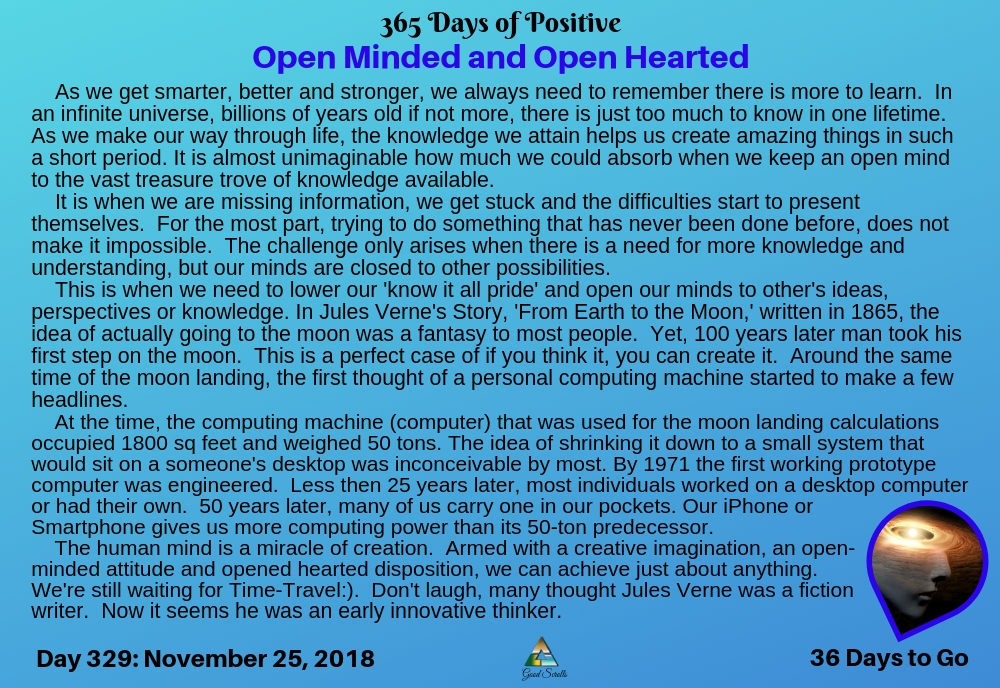 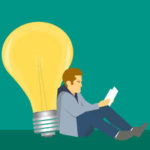 As we get smarter, better and stronger, we always need to remember there is more to learn. In an infinite universe, billions of years old if not more, there is just too much to know in one lifetime. As we make our way through life, the knowledge we attain helps us create amazing things in such a short period. It is almost unimaginable how much we could absorb when we keep an open mind to the vast treasure trove of knowledge available.

It is when we are missing information, we get stuck and the difficulties start to present themselves. For the most part, trying to do something that has never been done before, does not make it impossible. The challenge only arises when there is a need for more knowledge and understanding, but our minds are closed to other possibilities.

From Fantasy to Fact 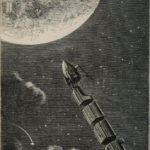 This is when we need to lower our ‘know it all pride’ and open our minds to other’s ideas, perspectives or knowledge. In Jules Verne’s Story, ‘From Earth to the Moon,’ written in 1865, the idea of actually going to the moon was a fantasy to most people. Yet, 100 years later man took his first step on the moon. This is a perfect case of if you think it, you can create it. Around the same time of the moon landing, the first thought of a personal computing machine started to make a few headlines.

At the time, the computing machine (computer) that was used for the moon landing calculations occupied 1800 sq feet and weighed 50 tons. The idea of shrinking it down to a small system that would sit on a someone’s desktop was inconceivable by most. By 1971 the first working prototype computer was engineered. Less then 25 years later, most individuals worked on a desktop computer or had their own. 50 years later, many of us carry one in our pockets. Our iPhone or Smartphone gives us more computing power than its 50-ton predecessor.

The human mind is a miracle of creation. Armed with a creative imagination, an open-minded attitude and opened hearted disposition, we can achieve just about anything. 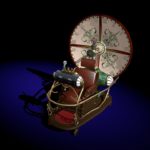 We’re still waiting for Time-Travel:). Don’t laugh, many thought Jules Verne was a fiction writer. Now it seems he was an early innovative thinker.

When we can’t see it, feel it or understand it…   It’s time to go out and find it.